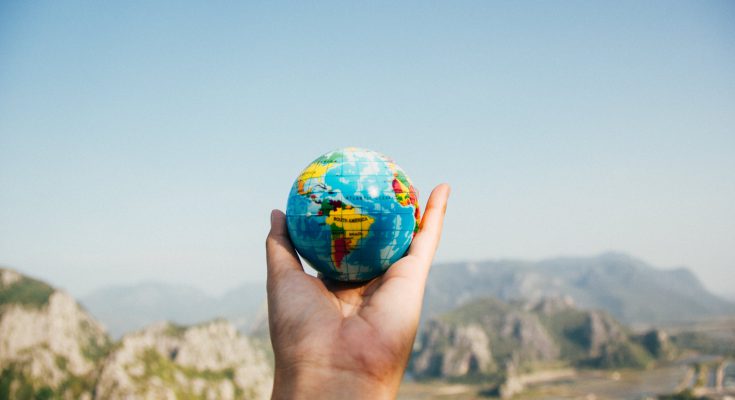 If you were born in the middle 1990’s or later, chances are that you are accustomed to all the modern conveniences that we all benefit from, that make traveling easy. Older generations did not have it so easy. Here are seven ways that traveling was vastly different before modern technology:

1. Map/Atlas use and asking directions

Before GPS navigation, you had to print off maps and turn-by-turn directions from online map providers, such as Map Quest, or, before the internet, from purchased map software on your computer. Hopefully you didn’t come across any detours or have unexpected route changes, as printed directions cannot “recalculate”.  Before this, you had to plan your route based on the information provided from a map or atlas and constantly pay attention to route signs in order to stay on route. This is when sitting in the front passenger seat came with a responsibility beyond pressing “Go” on the GPS and changing the music. Alternately, for those with good memories, directions could be asked from the more experienced, or in a pinch, a person at the gas station after making a wrong turn. Just think how much time we save by using GPS. Granted, electronic devices existed prior to GPS to help aid you in your travels. The AAA TripWizard is one such device that I remember using in the early 1990’s. It was similar in size to a handheld calculator and it worked by inputting state, route number, and mile marker into the device, and then by selecting a point of interest, such as gas station, food, or lodging. The TripWizard would  output a list of places nearby. Then, you would select which place you were interested in and it would provide basic directions to get there and how far away it was. This may seem like a hassle nowadays, but it was a pretty useful device at the time.

Although mobile phones (in some form) existed decades  prior to the 1990’s, their use was expensive and were limited in use and often only worked in large metropolitan areas. As such, a phone call could not easily be placed while on the road. This made car breakdowns and getting lost more of a challenge. Knocking on the door of a nearby house in order to ask to use their phone, hike to the nearest payphone, or wait for another person to drive by and offer their assistance, were some of the options available at the time. Other communication devices were available, such as the CB radio, or citizens band radio,  made popular in the 1970’s in the United States. The CB radio is a public two-way communication device that broadcasts, via radio waves, your voice and allows you to openly communicate to anyone listening on the same channel that you are broadcasting on.  These work in the same way that modern handheld “walkie talkies” do. Today, with modern devices such as tablets and smart phones, there is little excuse for getting bored on a long road trip. We can play games, watch movies, read almost any book ever written, and talk to our friends, all from the same device. Before this, we had singalongs, local radio stations to listen to, and simple games, like car bingo. 5. Finding hotels/lodging not as easy

If you find yourself planning a trip somewhere, booking reservations at a hotel or resort is a matter of going to your favorite discount reservation website, punching in a zip code, and finding a place that matches your wants and budget. Prior to the internet, not so easy. If you have been to your destination before, or know someone who has, you could phone in a reservation pretty easily, if you know the telephone number, or are lucky enough to have a brochure from the place (that presumably would include the telephone number). It wasn’t all too uncommon to travel to a destination and scout out for lodging when you get there, which sometimes would leave you without a place to sleep for the night! Think about it: choose a destination you would like to visit, then try to plan a trip there without use of the internet…not so easy to do.

Credit cards and other form of electronic payments are used more frequently than any other type of payment. Prior to mainstream use and acceptance, you had the option to use cash or travel checks. Cash posed a risk to loss or theft. As such, travel checks were most often used for traveling, and are still used today in some cases. Travel checks come with the benefits of being a more authenticated form of currency, versus personal checks that often bounce and provide little guarantee to the place of business, as well as giving the user the ability to recover the money for any checks lost or stolen.

Once a common staple for every vacation, postcards were used to brag to your family and friends how well your vacation is going. You can still find them today, but most people prefer to take a selfie and post to social media to update everyone on how their vacation is going.


What do you think?

Did we miss something, or do you have something to share? We would love to read your feedback.

View all posts by Chuck →